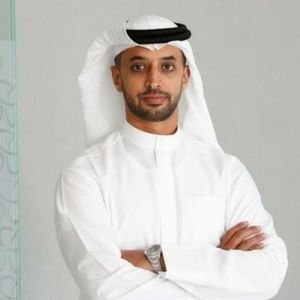 Ahmed Bin Sulayem has and continues to play a key role in positioning DMCC as a major international commodities hub for trade. Under his leadership, DMCC has introduced a number of value-added products and services; this includes the establishment of the DMCC Free Zone – the UAE’s largest and fastest growing Free Zone -, the Dubai Diamond Exchange (DDE), the only diamond exchange in the Arab World affiliated to the World Federation of Diamond Bourses; the DMCC Tea Centre which offers a range of value-added facilities to the global tea trade and has contributed to the UAE becoming the world's largest re-exporter of tea; DMCC Tradeflow, a central registry of ownership for commodities stored in Dubai stimulating commodity trade by offering enforceable collateral based trade finance solutions; as well as other services, such as gold refineries, gold and diamond vaults; as well as the UAE gold bullion coins and the Visions of Dubai gold souvenir coins.

Bin Sulayem joined DMCC in 2001 as a director, prior to the Dubai Government Authority’s official launch in 2002, and his responsibilities included overseeing the organisation’s operations. Today, he is the Executive Chairman of DMCC, as well as the director of Human Resources, Director of Dubai Shariah Asset Management (DSAM) and Dubai Commodity Asset Management (DCAM). He has also played a leading role in reviving Dubai’s traditional pearling industry by launching the Dubai Pearl Exchange in 2007 and conceptualised the idea behind Almas Tower, the tallest commercial building in the Middle East, home to Dubai Diamond Exchange, the largest vault in the UAE, and DMCC headquarters.

Mr. Bin Sulayem’s extensive knowledge of the diamond trade also led to his appointment as global Kimberley Process Chair on behalf of the UAE Ministry of Economy in 2016. The UAE Chairmanship saw Mr Bin Sulayem travel to 20 countries including Latin America before concluding the successful chairmanship with a speech on the draft resolution “The Role of Diamonds in Fueling Conflict” at the UN General Assembly in February 2017.

Ahmed Bin Sulayem continues to play a leading role in positioning DMCC and Dubai as a major international commodities hub for trade. Under his leadership DMCC has built and delivered the world’s number one Free Zone; ensured the UAE has 60 percent market share of global tea re-exports, enabled mainly by the DMCC Tea Centre; helped establish Dubai as one of the world’s leading physical gold markets and one of the world’s top hubs for the diamond trade. 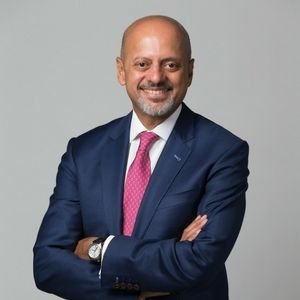 As a market maker for global trade, Gautam’s quest is to ensure DMCC provides all the products, services, regulatory standards, physical and financial infrastructure business needs to trade with confidence.

DMCC has been ranked the number one Free Zone in the world by Financial Times’ fDi magazine, for the last three years.

From its DMCC Free Zone, home to over 14,100 companies; its Jumeirah Lakes Towers District with over 92,500 people; to its unique property developments including the much anticipated Uptown Dubai; through to its trade facilitation for key commodities sectors such as precious metals, diamonds, tea, coffee, and the food and agri trade; its financial services platforms including the Dubai Gold & Commodities Exchange; and its unique platforms like DMCC Tradeflow that bring trade finance solutions as well as Commodity Murabaha mechanisms to market; through to incubator centres with Google for Entrepreneurs and Astrolabs; Fintech developments and blockchain initiatives; Gautam ensures DMCC’s mandate to facilitate trade through Dubai, connecting markets to help build a sustainable future of trade for all.

In pursuit of this goal, Gautam draws upon his expertise gained in previous roles as Chief Operating Officer at both DMCC and the DGCX, the Middle East’s first derivatives exchange, as well as his experience in the oil and gas industry with Royal Dutch Shell plc. With over 25 years of commodities and industry experience Gautam has a deep understanding of how supply is moving around the world to meet demand. 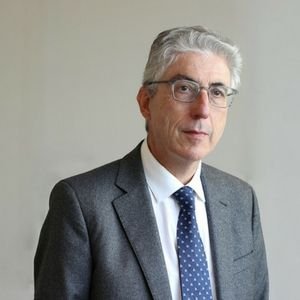 Sir Jonathan Faull was born in Chatham, Kent in 1954. He is Chair of European Public Affairs at the Brunswick Group.

He previously spent 38 years at the European Commission where he worked for many years in the Directorate General of Competition, from the starting grade to Deputy Director General. From 1989 to 1992 he worked in the cabinet (private office) of the competition Commissioner (Leon Brittan).

He is the author of many articles on European law and policy; co-editor of a leading work on European Competition Law; Visiting Professor, King’s College London and College of Europe, Bruges; Emeritus Professor, Vrije Universiteit Brussel; Member of the Advisory Boards of the Centre for European Reform and the Institut Jacques Delors – Notre Europe.

He was knighted in the Queen’s Birthday Honours in June 2017. 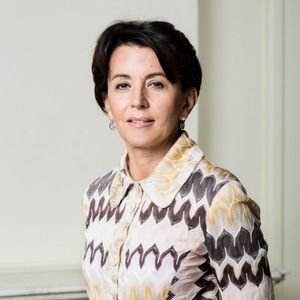 After a successful career in diplomacy spanning nearly 30 years Anne Ruth Herkes has successfully built a portfolio of non-executive directorships and has both the strategic mindset and depth and width of experience to add value to board decision-making, strategy formulation and execution.

Anne Ruth Herkes is experienced in international board tasks, supervisory boards and international organizations. She is committed to adding value in the foreign policy area in Europe and beyond, for instance through her advisory role with the Shaikh Group, an international political consultancy, the Vienna Ecole des Hautes Etudes Internationales, and Asia House London where she acts as a Trustee. She remains engaged with Qatar’s foreign policy establishment and her extended network in the country.

She previously served as State Secretary at the German Federal Ministry for Economic Affairs and Energy, where she led Germany’s global trade policy, and EU and WTO trade negotiations. She has nearly 30 years of professional experience in politics, diplomacy, and economic affairs in Europe, the US, Japan and Qatar. She earlier served as Ambassador to Qatar and, before that, was a member of the Executive Management of BP Biofuels in London in her role as Vice President, Policy and Communications.

She previously served on the board of KfW IPEX Bank and is a board member of KBL European Private Bankers S.A., and Merck Finck Privatbankiers AG in Munich and was a Trustee of Alfred Herrhausen Society, Deutsche Bank’s Global Forum. 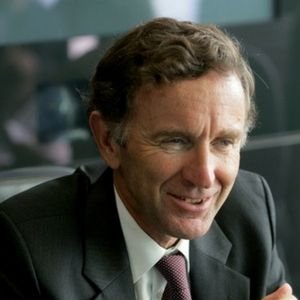 Stephen Green was educated at Lancing College, Sussex, and at Oxford University where he graduated in 1969 with a BA (First Class Honours) in Politics, Philosophy and Economics. He also obtained a Masters Degree in Political Science from the Massachusetts Institute of Technology in 1975.

He was created a Life Peer in 2010 and was appointed Minister of State for Trade and Investment in January 2011. He retired from this position in December 2013.

Lord Green began his career in 1970 with the British Government’s Ministry of Overseas Development. In 1977, he joined McKinsey & Co Inc, management consultants, with whom he undertook assignments in Europe, North America and the Middle East.

He joined The Hongkong and Shanghai Banking Corporation in 1982. In 1998, he was appointed to the Board of HSBC Holdings plc as an Executive Director. He became Group Chief Executive in 2003 and Group Chairman 2006. He retired from HSBC in December 2010.

He is Chairman of the Natural History Museum, Chairman of Asia House and President of the Institute of Export.

Michael Lawrence is the Chief Executive of Asia House, the centre of expertise on Asia. He leads the Asia House team in delivering market intelligence and thought leadership to some of the world’s biggest companies.

Asia House drives economic and political engagement between the UK and Asia by bringing together senior political figures, business leaders and decision-makers to engage in high-level discussions that direct business and policy strategies.

Michael was appointed Chief Executive of Asia House in September 2012 after a career as senior editor and executive in international media. During his 30 years in the media, Michael worked in print, television, digital and radio.

Prior to joining Asia House, Michael spent 18 years at Reuters (later Thomson Reuters), the international news and financial information organisation, where he held several senior positions over the course of his distinguished career. Michael was Global Editor of Reuters from 2006-2012, leading a team of 3,000 journalists covering news in text, video and pictures from almost 200 bureaux around the world. Previous roles included Managing Editor, Europe, Middle East and Africa, from 2000 to 2006. Michael was part of the editorial team that delivered Reuters’ much-praised coverage of the Iraq war, and he ran the region through the turbulent years that followed.

Michael joined Reuters in 1994 to launch Reuters Financial Television – a ground-breaking service for the financial markets. He was later appointed Financial Editor.

Following the acquisition of Reuters by Thomson in 2007, Michael played a central role in the integration of the two news teams. Once complete, Michael launched the Reuters Financial Commentary service which culminated in the acquisition of BreakingViews. He was also one of key architects of Thomson Reuters’ use of news and social media tools to build professional communities.

Michael began his career as a cadet journalist on the Daily Mirror newspaper in Sydney. He later moved to the Sydney Morning Herald where he worked in Sydney for several years before becoming a political correspondent in Canberra. Michael was appointed Finance Editor of news station 2GB in Sydney in 1984 where he produced and presented a daily business programme. He later became current affairs producer and presenter at the station before moving to London as European correspondent for Australia’s Macquarie network.

From there Michael moved to London news radio station LBC, where he was programme director. He also spent a stint as a reporter and presenter for CNBC Europe before joining Reuters. 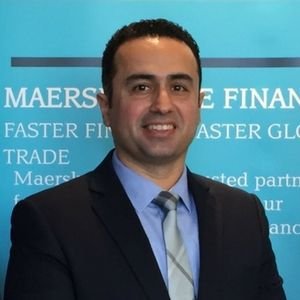 Sinan Ozcan has over 17 years of experience working in key positions across various industries, focused on the areas of trade & structured finance solutions, credit, treasury, business development and management.

In 2017, he established Maersk Trade Finance business in DIFC and continues to serve as Senior Executive Officer for the UAE business.

Prior to UKEF, Sinan was Head of Trade Finance & Financial Services at CNH Industrial, one of the largest capital goods manufacturers globally, where he covered various responsibilities and regions, including Africa, Middle East, and Asia-Pacific.

Before CNH, Sinan held the position as auditor at VakifBank.

Sinan holds an MBA degree from Philadelphia University and obtained Master’s degree in Banking & Entrepreneurship from the joint program of Venice & Udine Universities in Italy. 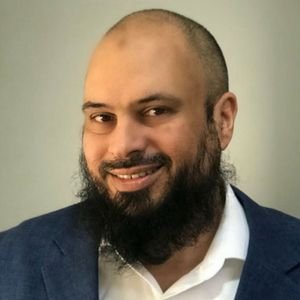 Anthony is the leader and Chief Technology Officer (CTO) for IBM's blockchain practice in Middle East and Africa.

He is responsible for leading engagements with clients across the region and helping them to leverage distributed ledger technologies to transform their organisations, ecosystems and industries.

He was previously the CTO for IBM Cloud in Middle East and Africa providing technical leadership across cloud, blockchain, and cognitive portfolios; and helping clients understand how emerging technologies can be used to unlock new forms of value. Prior to this, he held multiple global roles, including leading the global transformation of one of IBM's largest natural resources sector clients, consulting to a global payments provider on new forms of digital payment, and developing a set of services offerings around mobile payments.

He is a member of IBM's Academy of Technology, chair of MEA's patent development board, and was appointed as a Distinguished Engineer in recognition of sustained technical leadership across the IBM company and his contribution to blockchain and cloud technologies.

He holds multiple patents in the fields of blockchain, mobile payments, artificial intelligence, and security; and holds a Masters of Engineering from Royal Melbourne Institute of Technology with a thesis in scheduling in distributed systems.